This year, I have decided to read mostly non-fiction but I started out without a list so I am just building as I go. Anyway, here is a list of what I have read so far, along with reasons why I think you should read them too or not. 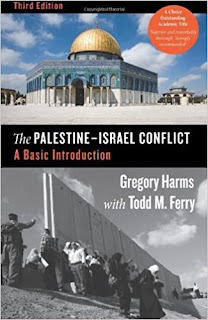 I remember watching the news as a child in the early 2000s and seeing a lot about the Israel - Palestine conflict, so much so that the names Yasser Arafat and Ariel Sharon were permanently etched into my memory.

As I grew older, I read articles, watched documentaries in bid to understand the situation but I was only able to get an over-the-surface understanding of the conflict - this book however was just perfect.

The author explains the region from pre-historic times down to the early 2000s, he does this in very simple terms and with a light touch of wit. The best part is that this is done in less than three hundred pages and with as little bias as possible.

Beware: if you are religiously rigid and averse to fact, you might want to stay away from this book, as it provides facts about Israel which are not quite consistent with what was taught in Sunday school.

The Shock Doctrine by Naomi Klein 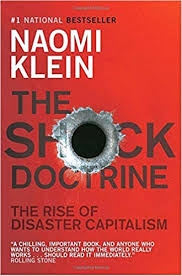 To sum up the book in one sentence - where regular folk see disaster, capitalists see an opportunity.

The book details how the thinking of Milton Friedman and his disciples (the Chicago School) sparked a wave of worldwide capitalist reforms in the developing world. The author explains the challenges encountered in the course of these reforms and the drastic measures (shocks) applied to jump-start these new capitalist economies.

The book is eye opening as it casts light on unscrupulous acts of world powers as well as development organisations such as the IMF and World Bank.

I will say though its major con is the fact that it comes off as conspiracy theory-esque, after some time but it's nonetheless an insightful read.

Lords of Finance by Liaquat Ahamed 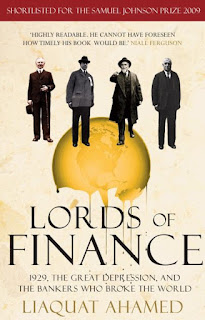 This is hands down one of my favourite books of all time.

Lords of Finance extensively recounts the evolution of central banking in England, the U.S, France and Germany. The story is told from the perspective of the heads of these prototype banks and shows the reader how their idiosyncrasies shaped their economic policy and decision making - and most importantly how they sought to navigate the uncharted waters of central banking.

The book also explains major events in economic history such as the World Wars, the German Hyper-inflation and the Great Depression. My favourite thing about it is the fact that each chapter begins with an insightful yet hilarious quote. 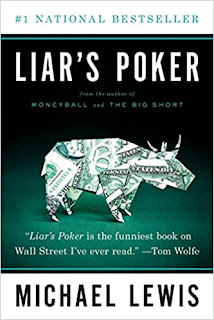 The memoirs of a young economist who by very interesting circumstances, finds himself working for Salomon Brothers. The author is hilarious and paints a vivid and honest picture of the intricacies of the investment bank and the systemic madness of the trading floor. Amidst all the humour, the book possesses salient lessons on the consequences of poor management and unbridled greed, as the author recounts the firm's decline and ultimate demise. 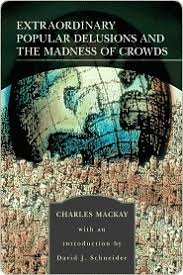 Over time, we the members of the human race have solidified our reputation for making exceedingly stupid decisions, which are even worse when we act in concert. The book is a record of some significant events in western history (mostly tragic) which were  inspired by misplaced passions - including the Mississipi Bubble, South Sea Bubble, Tulip Mania, Alchemy Craze, Inquisitions and Crusades. I am especially fond of the book because it is very old and as a result, the language is sublime and the humour dry.

That is it for now. I am presently reading The Tyranny of Experts by William Easterly and I hope to write a review once done.

Popular posts from this blog

The Mad Business of Sanity

Insatiably curious about how the world works. Lawyer | Bibliophile | Nerd

Candide or The Optimist

"All that is very well" replied Candide, "But let us cultivate our garden."